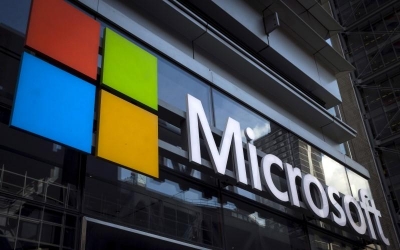 San Francisco, November 2 Microsoft has rolled out a new feature for Office Insiders that allows users to add pictures from their Android phone to Word and Powerpoint web.

To get started, users need to select Insert, Images, Mobile Device, the company said in a blog post.

To link the Android device to the system, scan the QR provided under “Mobile Device” and follow the on-screen instructions.

The same image sizes, dimensions, and file types are supported by the new feature, as those already supported by Word and PowerPoint for the web.

For the feature to work, users must have an active Microsoft 365 subscription associated with their work or school account. If you are using Firefox, version 104.0 or later is required.

“Features are released over a period of time to ensure things work smoothly. We highlight features you may not have as they are slowly released to more Insiders,” said Microsoft.

Earlier, he announced that the new Outlook for Windows has been rolled out to the entire Office Insider community, bringing desktop email closer to the web version.

The new Outlook for Windows was designed to deliver a contemporary yet familiar Outlook experience that helped improve personal productivity and email organization for users.

Disclaimer: This post was auto-published from an agency feed without any text editing and has not been reviewed by an editor

2022-11-02
Previous Post: Android phones are now more connected to Word and Powerpoint for the web
Next Post: Your Android Smartphone Could Be Your Biggest Word or PowerPoint Helper