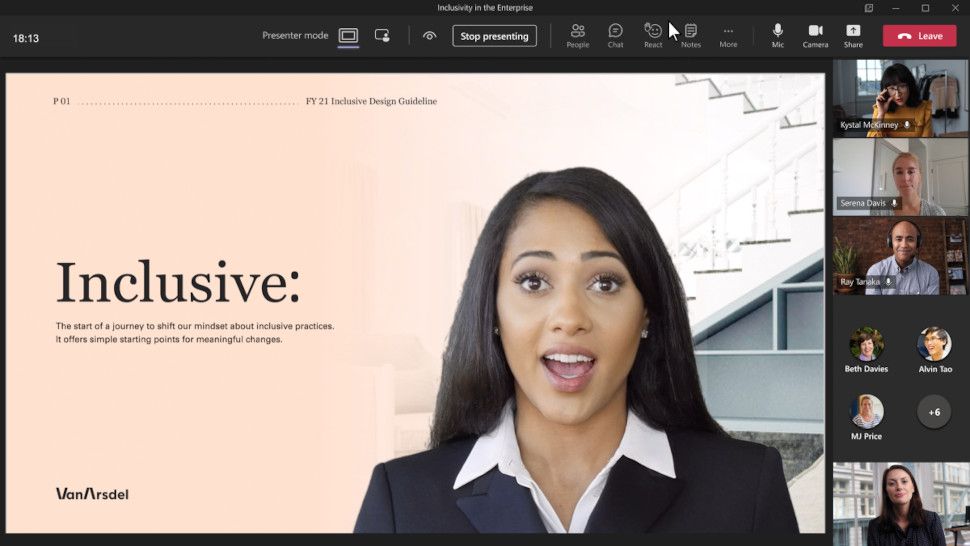 Microsoft Teams is about to save your PowerPoint presentations

Your next PowerPoint presentation could be much more exciting thanks to a new feature that also draws inspiration from Microsoft Teams.

The company announced (opens in a new tab) it brings together two distinct tools to make your meetings more engaging and interactive using its popular video conferencing platform.

The upgrade now means you’ll be able to embed your Microsoft Teams camera feed into a PowerPoint presentation, which hopefully means the end of death by slides.

The change was made possible by integrating Cameo and Recording Studio, two existing tools announced by Microsoft in 2021 that sought to improve the PowerPoint experience.

Both tools will now be combined in PowerPoint, which means that when a user is done creating a presentation, they can use Cameo to decide how and where they appear on the slides, and then conduct the actual pre-recorded conversation with the presentation studio. recording just by clicking the new “record” button in PowerPoint, all without having to switch between multiple platforms.

When the presentation takes place, PowerPoint Live will then play the recorded video.

Microsoft says the tool can be useful for speakers who can’t attend a “live” meeting in person, but still want to be part of it, as Cameo with Recording Studio means, “you’ll still show up in the meeting as if you were “live”.

Recording Studio is generally available now for use in PowerPoint, with Cameo expected to release in the coming months.

The news is just the latest in a series of partnerships between Teams and PowerPoint as Microsoft seeks to make its Office suite more useful for workers around the world.

The company recently revealed that PowerPoint Live supports live slide translation, which means slides can be translated instantly during a Microsoft Teams call. Presenters and attendees can privately translate presentation content by right-clicking on the presentation, which will bring up a “Translate Slides” option.