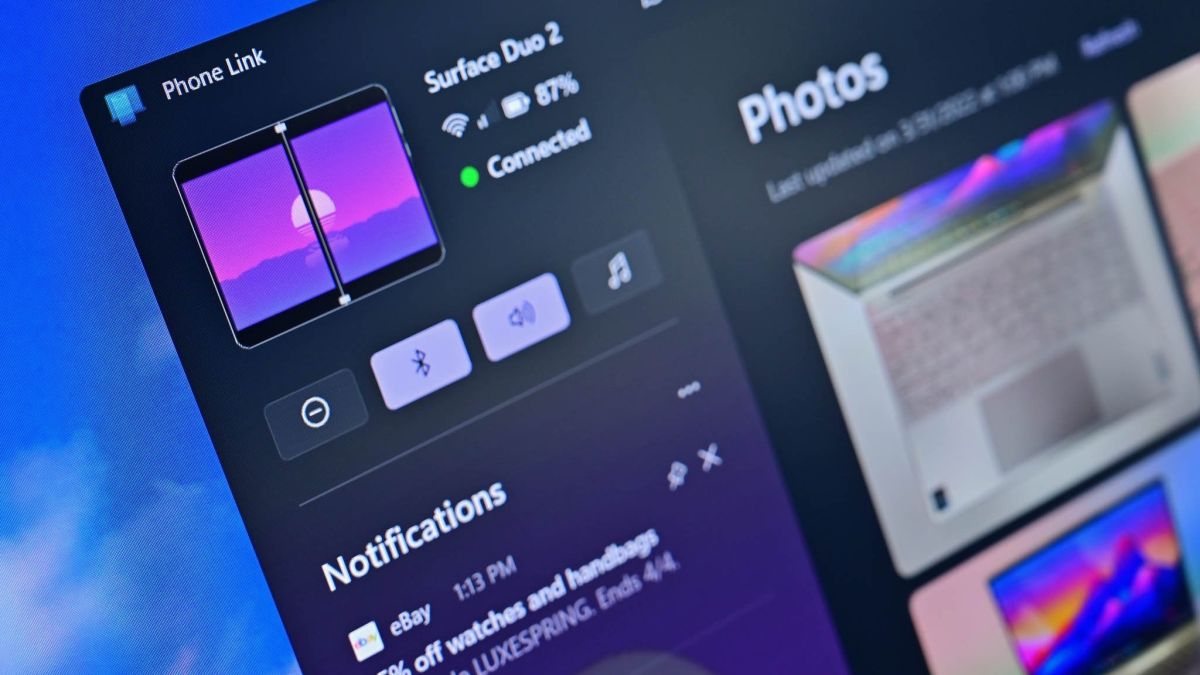 What do you want to know

The majority of people who depend on Windows for work probably also own a smartphone that they use regularly. Over the past few years, Microsoft has invested heavily in improving the connection and communication between these different devices, and the gap is narrowing a bit with Tuesday’s new feature for Office Insiders.

As announced by Microsoft (opens in a new tab), Office Insiders can now access photos from their Android phone and insert them directly into a Word document or Powerpoint presentation on the web. The functionality is powered by Microsoft’s powerful “Link to Windows” app available for Android devices (and built into some Samsung phones and the Duo Surface family of devices).

After connecting an Android device via Link to Windows, Microsoft 365 subscribers will be able to choose “Mobile device” as the new location when inserting a photo into Word or Powerpoint. Their Android phone gallery will appear and users can insert any photo without having to take out their phone or figure out how to transfer specific images. This feature is currently limited to Office Insiders and only online versions of Productivity Tools, but will likely roll out to more users and locations in the future.

The link to Windows is the same application that powers Phone link, which allows Windows 10 and 11 users to access their phone’s apps, messages, calls, notifications, and some quick settings from the convenience of their PC. This new feature for Office is perhaps the first time the app has expanded beyond Phone Link. Microsoft recently revealed that Phone Link also supports Android mobile hotspots on Samsung devicesa feature that will potentially be available to Surface Duo owners in the future.